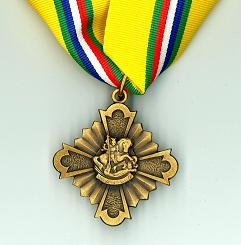 The National Catholic Committee on Scouting®, acting through the local diocese or eparchy, may award the St. George emblem to members of the laity and clergy, Scouters and non-Scouters alike, who have made significant and outstanding contributions to the spiritual development of Catholic youths through Scouting. The recipients of the emblem are to be sought after and selected by an active committee of the (arch)diocese/eparchy. This committee is to be newly-appointed each year by the diocesan Scout chaplain or chairperson.

Nomination forms should give a detailed description of how the nominee provides outstanding contribution to the spiritual development of Catholic youths through Scouting in the Catholic Church. It is improper to nominate oneself or one’s spouse.

General Scouting achievements do not qualify a person to receive the St. George emblem. The Boy Scouts of America has district, council, regional and national awards for such recognition.

Guidelines for Nomination and Selection:

The purpose of the adult recognition programs is to recognize the recipient’s outstanding contribution to the spiritual development of the Catholic Youth in the program of the Boy Scouts of America.

If you have someone you would like to nominate complete the application for the award and return it to the Catholic Committee by January 10th. 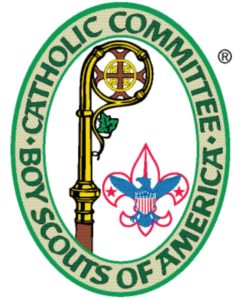 Sign up to receive our e-blasts and stay up-to-date!